The Manuka honey is a sensation with perfect consistency and taste. One of the best around.
Read More ->

Pohotukawa is a Maori word meaning "drenched by mist" and it is easy to see why the first inhabitants of New Zealand gave the tree this name. Pohutukawa is found growing around the coast of the upper North Island of New Zealand. These trees are no strangers to the fresh ocean air of New Zealands beautiful beaches. Maori also use the nectar of this tree as a treatment for sore throats.

When the first Europeans arrived the Pohutukawa became known as the "New Zealand Christmas Tree" because of it's brilliant bright red flowers that bloom around December every year. Since then the Pohutukawa has become a symbol of summer in New Zealand; with thousands of families finding shade under their large spreading canopies.

A native to New Zealand, the Pohutukawa can grow to a height of 25m. It's scentific name of Metrosideros excelsa refers to the hardness of the trees timber and the height to which it can grow; Metrosideros meaning "iron wood" and exclesa meaning "high".

Pohutukawa is one of the rarest honeys in the world. Pale white in appearance it has a smooth texture, similar to gourmet chocolate. Due to the Pohutukawa's proximity to the ocean, honey produced from the nectar of this tree has a sweet yet slightly salty taste.

The Manuka is a prolific shrub that can be found throughout New Zealand and is one of the most common sights in the New Zealand bush. Manuka can grow to a height of six metres and is a very hardy plant that will grow in the most difficult of terrain. Manuka flowers are relatively small and delicate measuring 10-12mm across. More often than not these flowers are pure white.

The Maori people of New Zealand used the leaves and bark of Manuka trees as medicine for all kinds of ailments ranging from sore throats to back pain. When the English first settled in New Zealand the Manuka became commonly known as the Tea Tree because of the tea infusions made with the leaves to produce tea with a slightly bitter taste.

After the arrival of the Europeans, large areas of land were cleared of forest and scrub for farming. The Manuka shrub was seen as a weed and as such most was cut down to make way for sheep and cattle. As meat and wool prices have fallen over the past twenty years, many farms now have pockets of land where Manuka is beginning to grow once more.

During the 1970's, demand began to grow for Australian Tea Tree oil that was known for its healing properties. In response to this, research began into the healing properties of the New Zealand Tea Tree (Manuka). Recent discoveries have shown that Manuka Oil as well as a Manuka honey from certain parts of New Zealand contains strong anti-bacterial properties. The Manuka shrub, once seen as a weed, is now considered a valuable source of natural goodness.

Manuka honey has a strong rich flavour that lingers on the taste buds. Manuka can range in colour from a light brown to a quite dark amber depending on the area from which it is harvested. It will add a strong flavour to cooking, sweeten drinks and can be taken on its own as a sweet treat.

Visit our UMF® Manuka page to find out more about the unique properties of UMF® Manuka honey.

Kamahi is one of the most abundant trees found in the New Zealand forest. It is found growing from the middle of the North Island to the bottom of the South Island. It often grows in areas with other broadleaf forest trees but occasionally groups 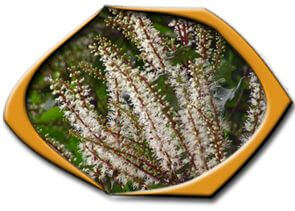 of Kamahi will grow in an area where they are the only type of tree. The largest concentrations of Kamahi grow on the West Coast of the South Island. This is where the majority of Kamahi Honey is produced.

When the Kamahi flowers in the late summer months (December to February) the abundant white, fluffy finger-like clusters of flowers it produces provide a stark contrasts to the green of the forest in which it grows.

Kamahi trees often have more than one trunk and can grow to a height of 25 metres. The canopy provided by the abundant branches of these trees provides a home to many of New Zealands native birds species.

Kamahi has a unique combination of strong flavours and flavour aftertones that are a taste sensation in themselves. The overall effect is a taste that is full, musky and sweet with a balanced buttery finish. Kamahi has a light amber colouration that can give it a golden appearance.

Although Clover is not a native to New Zealand, it has become synonymous with New Zealands pastureland. There is a variety of clover species in New Zealand, the most common by far being the White Clover. 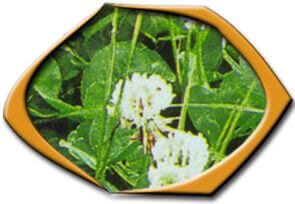 Over the mid-Summer months of December and January many fields are white with the attractive flowers of thousands of Clover. Surprisingly, this small plant plays a very important role in New Zealand's economy. It provides a source of nitrogen that encourages the growth of pastureland and is itself a nutritious source of food for sheep and cattle.

Clover is the most plentiful honey produced in New Zealand and it is also one of the most popular. It can be found in the kitchens of most New Zealanders and is delicious when spread on toast. Clover, when creamed, ranges between white and pale amber in colour. It has a delicate sweet taste that has seen it become popular for use in baking and as a natural sweetener in drinks.

South Island. The tree can grow to over 90 feet tall with a trunk up to 3 foot in diameter. It is easily distinguishable because of its ascending branches and its flowers that feature dark red spines. Rewarewa is also referred to as New Zealand Honeysuckle because of the abundant nectar that flows from its flowers.

From Rewarewa's nectar, bees produce a dark amber honey with a reddish-brown tinge that matches the colour of the tree's wood. Rewarewa has a strong, full flavour with a hint of malt. It is ideal for use in drinks and in cooking, and is a great alternative to sugar.

Research from Lincoln University has shown that Rewarewa Honey is also high in antioxidants as well as other minerals and trace elements. Both of which are great reasons to enjoy the taste of Rewarewa Honey. 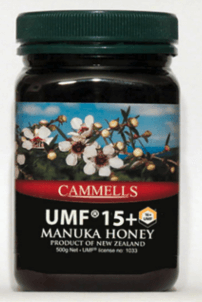